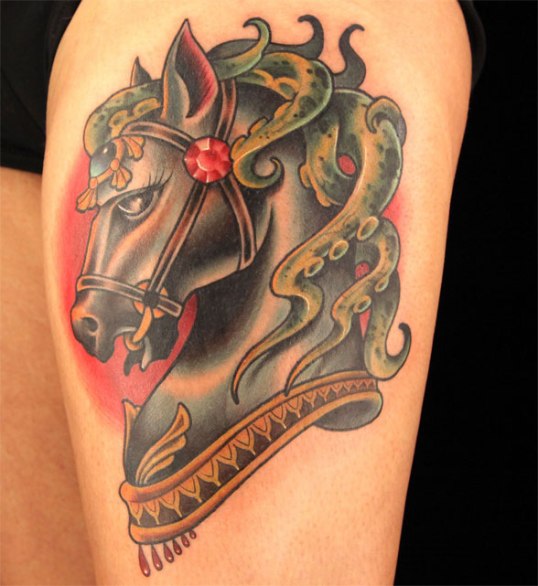 One of the many cool tattoos created on season 4 of Ink Master.

I don’t have a tattoo and I don’t ever intend on getting one. I don’t even like the tattoos I’ve seen on most people, usually military ones with an eagle or snake or something. It’s often hard to tell because over time the greenish tattoos become faded or smudgy.

But many of the tattoos created by the contestants on the TV competition show Ink Master are something altogether different. I appreciate the artistic merit of these tattoos, and can (almost) understand the allure of subjecting oneself to needles and pain to wear a cool design forever.

The live finale of season 4 of Ink Master airs tomorrow night, Tuesday, May 20, on Spike, where the three top finalists are tasked with creating a “35-hour masterpiece” on a human back.

This was a wild and very loud season on Ink Master, where the tattoos often took a back seat to the contestants’ drama and histrionics.

Vanessa threw a tantrum when her tattoos were critiqued and walked out of the competition. Kyle instigated a fistfight with judge Chris Nunez and also walked off. And the supremely misnamed “Gentle” Jay loudly accused unlikable contestant Scott of tracing a design and cheating, while constantly haranguing others with F bombs and put downs.

The show was also criticized by professional tattoo artists who claimed that most of the competitors this season weren’t very good. That to some degree is true. The three finalists (and the fourth runner-up) were strong out of the gate and were light years above most of the field.

Critics also claim the show’s judges — Chris Nunez and Oliver Peck aren’t good enough tattoo artists themselves to be judging this competition. That I don’t know, but I do know the pair were sued in March by a former employee who claimed the pair sexually harassed her.

The show’s host Dave Navarro (rocker from Jane’s Addiction) has remain unscathed by all the various and sundry drama, and he is a high point of the show. I’ve liked Dave ever since he rocked the house on Celebrity Poker Showdown.

But what kept me tuning on all season was the tattoos. I enjoyed watching the artists expressing themselves by creating art on “human canvasses.”

My favorite contestant is Walter “Sausage” Frank. Sausage not only does beautiful detailed tattoos, he treats his “canvas” and others with respect, something most other contestants were a tad short of.

I thought Sausage created a brilliant tattoo of Patrick Stewart (Professor Charles Xavier) in the the X-Men challenge, featuring guest judge Hugh Jackman. It wasn’t surprising though that Jackman ultimately chose a tattoo of his own character, Wolverine, done by Scott, as the winner. Still, I think Sausage’s was cool and tricky — considering the light colors he worked with.

So, we’ll see who the new “Ink Master” is tomorrow night. Next season though it would be nice to see the show stay focused on the tats… and not the rats. 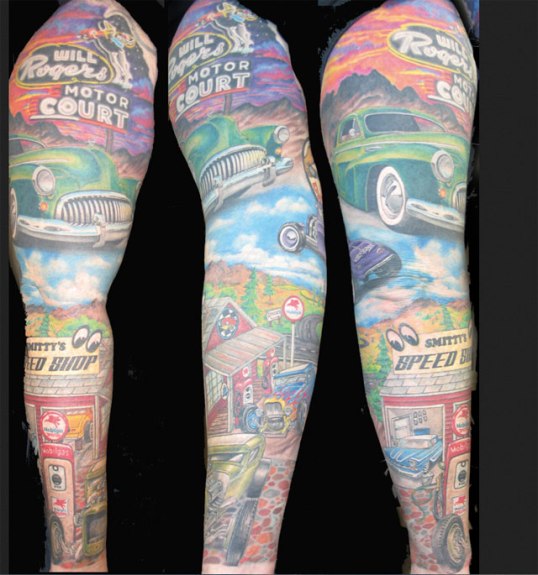 Another example of Sausage’s tattoo artistry.